I spent a good deal of my time today taking pictures with my camera phone.  It’s because of this app I downloaded from Google Play, Fantasy for Camera 360.  To use it, you need to have the Camera 360 app installed in your phone first.  Although Camera 360 in itself is already nice (not great but nice), this Fantasy app really gave me a great time today.  It was actually inspired by the works of Ben Heine, ‘Pencil vs. Camera.’   There were only a few templates available and I know pretty soon, I’ll tire of it.  But for now, I still haven’t had my fill of it. Besides, I will be going out of town with my friends soon and I’m excited to use this to take pics.

So far though, the pictures I took were just for testing purposes so nothing special.  But I hope I could get to try it outside soon (when I do get to go outside.) 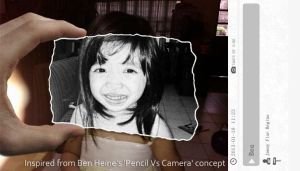 What other apps can you recommend?

stay-at-home moms do not need to go out to find adventure; when being at home is in itself a roller-coaster ride!

TrulyRichClub.com - Do You Want to Gain Financial Wealth and Spiritual Abundance at the Same Time?